Thank you, Cecil Hurt, for all that you inspired 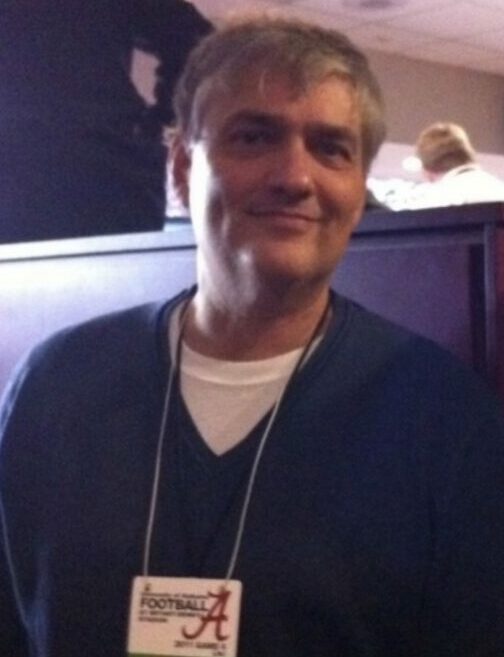 The year, as I remember it, is somewhere around 1985. I’m sitting with my parents around the breakfast table of my Aunt Gayle’s home, a Sunday after an Alabama victory.

Dad went earlier that morning to grab the weekend’s newspapers. They lie stacked on Aunt Gayle’s kitchen table – the Birmingham News, the Birmingham Post-Herald, and a third, noticeably thinner publication, a copy of the Tuscaloosa News, because Mom wants to read what “the hometown guys” said about the game.

It’s the heyday of newspapers, and the two Birmingham papers (especially the News) are so thick with inserts and classified sections that the A-sections struggle to hold things together as they wrap around the outside, having gorged themselves on ads for discount furniture and used cars. There is so much newsprint in that kitchen that the smell of it competes with Aunt Gayle’s famous cheese grits and a pot of red-eye gravy.

The Birmingham News and Post-Herald boast columns by gray-haired (or no-haired) men like Charles Hollis, Clyde Bolton and Alf Van Hoose. The latter is Mom’s favorite, and not just because he has ties to a local family and would later be buried a few miles from our home. She likes him because he is eloquent and courteous, a contrast to Paul Finebaum, who apparently once called Alabama’s team “bums” or something similar in a column, according to Mom, and that was wrong of him to do since the players are just kids and didn’t deserve it, so she won’t read Finebaum now.

But inside the Tuscaloosa News are the words of a different writer, a younger man with a mop of relatively-unkempt-but-darker hair, who offers a much more erudite take on the matters of the game the day before, complete with references to classical literature and a wit that is sewn subtly through lines of prose that combine an analysis of the game with the brushwork of an artist, painting not necessarily a picture of the event but rather a more far-reaching work that takes into account the still-fresh shadow of a late Paul “Bear” Bryant on the program that was then, and is still now, forcing respect from non-Southern sports fans for a team from a state many of them didn’t like, or at least didn’t understand.

I’m about 12 or 13 at this time, and this younger man is much closer to my age than he is to most of his elder peers working the Birmingham beats. He is Cecil Hurt, and he is still young in his own journey from cub reporter to poet laureate, or poet savant if you prefer, of Alabama athletics.

By the time I got to meet Cecil in person for the first time, I was in my early 20s, still a student at Alabama, and still trying to decide what my own career path was going to look like in the coming months. I had originally been, at my time of acceptance into Alabama in the fall of 1991, a journalism major. I switched in and out of it a couple of times, both as a UA undergrad and then later on while pursuing a second degree at the University of North Alabama. I selected journalism in the first place because I remembered looking at Cecil’s young mugshot in the Tuscaloosa News and thinking that there really might be a place for younger writers in the world of Alabama sports media.

My first meeting with Cecil was over lunch, because a mutual friend had asked him to join us at La Fiesta in Tuscaloosa, and over several other meetings over the course of far too few lunch dates, I got to know the man behind the journalistic god, enough to both appreciate and wonder at his ability to balance a down-to-earth manner and easily accessible personality with a better knowledge of the works of Shakespeare than any English Lit teacher I’d ever been made to suffer under. He was wise, he was keen, and he had the ability to hit the topical bullseye from 100 yards away without letting the target know that he was the one doing the shooting.

He was, to say it succinctly, my inspiration.

Over the years, I didn’t ask him for advice so much as I shut up and listened – or read, if I was out of the reach of his voice. But the greatest gift he unknowingly gave me was the one I took from his writings and repackaged as my charge to every newsroom I would later manage over a decade-plus career in the newspaper business. Every writer who ever worked for me heard me say it during coaching meetings: “Praise when it is warranted, so that you might criticize when it is necessary.”

On this concept, Cecil Hurt was Rembrandt. He was never negative for the sake of being negative. When newspaper journalism – especially opinion-writing – began to trend to snark, cynicism or flat-out meanness under the guise of alleged wittiness – Cecil maintained his even keel. He was an expert at pointing out the good, but noting there wasn’t enough of it. He would later become an unlikely kingmaker and subtle executioner all rolled into one; many Alabama football fans believe (not without justification) that the point in time the Alabama program as a whole was able to move forward with the firing of Mike Shula and begin the process that eventually would bring Nick Saban to Tuscaloosa, was a Cecil Hurt column written late in the 2006 season.

That the man with the disheveled hair and library book tucked under his arm could rise to become such a figure in the annals of Alabama football history is, in itself, virtually impossible, yet it still happened. The chances of any other Alabama sports media member doing it again in the future are nil. For Cecil Hurt, it isn’t as if he broke the mold, because no one would have ever thought the program would need a sportswriter for whom to craft a mold in the first place. In time, Cecil’s words had become as comfortable as old leather, and it was as if the program and the university surrounded him, like a tree eventually does old nails tacked into it, and enveloped his essence into what Alabama meant and what it stood for, and for what it continues to stand.

I cannot gauge what The University of Alabama has lost, only what I would have lost had I not read those old Tuscaloosa News columns back in the mid-1980s. Cecil Hurt made me believe I could have a future in the business of writing words. Without that belief, I would never have declared a journalism major in the first place, which led to me writing football game analyses for TideFans.com, which led to building a resume that helped me eventually get hired at the Franklin County Times as its editor. I would not have gone on to meet presidents, or to be assigned to cover an 18-wheeler and a dump truck with a locomotive engine racing across the Bonneville salt flats in pursuit of a land-speed record. I wouldn’t have met my wife, which led to being a father to my son. I wouldn’t have had the opportunity to write for the great Kirk McNair, or to have become friends with another of McNair’s writers who had been inspired to take the plunge into journalism because of Cecil Hurt, the also-gone-too-soon Jay Lisby.

It makes one wonder, then, what we do that inspires others, and when we do it. There is no way Cecil Hurt knew that his columns on Alabama football would have helped lay the groundwork for all of this in my life – nor do you nor I know how many people we influence or inspire on any given day. There is always someone watching us, listening, maybe still reading in this digital age. And when the world gets cold and dark and scary, and football is recognized the be only the fleeting pastime that it is, maybe what’s important is not how well you can tell a good zone defense from a bad one, but rather how many people you inspired and encouraged to continue to be better, to reach for a higher bar.

I only wish I had been able to tell Cecil this when he was still alive. It is often said that one shouldn’t meet their heroes, because the heroes don’t always live up to one’s expectations. In Cecil’s case, however, he proved to be a source of continual inspiration as well as a constant reminder to up my game whenever I could. I don’t think he would have been comfortable hearing this from me; he may have considered it the fawning praise of a writer who eventually changed careers and left the daily grind of the fourth estate behind. Unfortunately, I will now never know.

I will, however, do my best to carry on the legacy he gave me, whether he ever knew it or not. I will start with making a modest edit to the phrase that used to ring out across my newsrooms: Praise when it is warranted, always. Only criticize when it is absolutely necessary. You never know who might be reading along with the words you are writing.