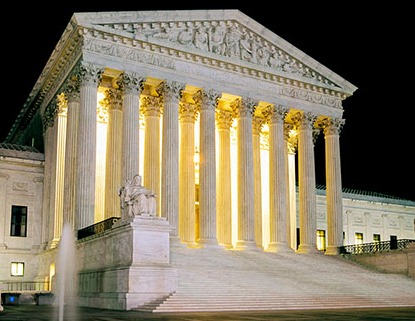 As of tomorrow – July 1, 2021 – the landscape of amateur athletics will be as different from what came before it as the surface of the sun is from the surface of Antarctica.

The U.S. Supreme Court – not a federal district court, not a state circuit court, not a municipal judge hearing traffic ticket cases in Russellville – ruled, by a 9-0 count, that the NCAA basically cannot maintain its stranglehold on eligibility and tie it to money received for the use of name, image or likeness (NIL for short).

The short summary is this: Schools are going to adopt rules governing how athletes can be paid, and it’s going to be tied in some way to the free market. Those rules must comply with the letter and spirit of the Supreme Court’s decision. In regards to the biggest formerly-amateur money sport of all, college football, a sport that was already increasingly expensive to run is about to go nova.

There is no point in fighting it any longer. The Supreme Court only did what Congress has been threatening to do for years now. The NCAA, which was on its way to being a toothless tiger but hadn’t gotten there yet, is now going to have to gum its food. Players are going to get paid, and that’s that. No governmental body is allied with NCAA’s viewpoint.

In crisis management, one must first identify what the crisis is, and then how to deal with the ramifications. The one option not on the table here is putting the crisis back where it came from.

If you’re an Alabama fan reading this, you most likely want to know two things: Is Alabama going to remain at the apex of the sport, and how much more expensive are my tickets going to get? The answers are, in order: probably, although that is far from a guarantee; and a whole lot.

Assuming nothing changes in regards to the number of athletes on scholarship, and assuming that the fair market for services happens to average $100,000 per player, schools would have to come up with $8.5 million on top of coaches’ salaries, per year, and that doesn’t include walk-ons. It doesn’t even include what to do with walk-ons, including whether they’re still allowed in the building. And it also doesn’t include the salaries of other sports, men’s or women’s, that generate some kind of NIL-derived income for the player or the school.

But that assumes the schools will be carrying the salary load. What we don’t know yet is how much of that money will come directly from the schools (it theoretically could be zero additional money over and above the stipend they already get), or it could come from media contracts, endorsements or a combination of all of them.

The reason we don’t know yet is that the NCAA more or less got caught flat-footed, probably thinking it was going to win the case. This is because the NCAA is about as grounded in reality as the latest version of World of Warcraft.

Whatever the NCAA thought was going to happen, it’s a safe bet that “the end of amateurism, effective July 1” didn’t rate.

Even if the schools themselves don’t end up bearing most of the cost of what’s coming, the Supreme Court decision made clear that athletes are entitled to fair-market value compensation. The last time the NCAA tried to restrict earnings, it touched off a major lawsuit focused on men’s basketball (Law v. NCAA, 1998), which led to a settlement of some $54.5 million in an antitrust case. If the NCAA tried, say, to limit football players to $10,000 per year salary, plaintiffs wouldn’t even have to search outside standing NCAA-related case law to get the ammunition needed to blow those restrictions all the way to whatever was once Marvin Miller’s favorite vacation spot.

The other implication, of course, is that the NCAA can’t use the threat of ineligibility as a de facto soft cap on income. Your fullback gets $5,000 from “NCAA Football 21” but Bryce Young gets a cool mil? That’s how it’s going to work.

That much we know. What we don’t know, however, is how the decision will reshuffle the deck in regards to which teams are on top of the heap and which ones aren’t.

Short answer there is schools that have the highest profile should benefit the most, but it isn’t universal. That’s because college sports have things called boosters. And although most schools are expected to announce guidelines – Alabama and Florida already have – that say boosters cannot pay for performance, you can bet they’re going to do it, and now there really isn’t a method by which to stop them from doing it.

This would theoretically send teams like Texas, Notre Dame and Texas A&M directly to the top of the pile. Also going up would be Oregon, maybe Oklahoma State, and any school with enough money in the coffers to make the list. Alabama would theoretically do well – many SEC schools would – but success in professional sports tends to track fairly closely to whatever the collective salary of the organization happens to be, and we simply don’t know yet what “fair-market value” is going to look like.

What is clear is that among those sweating out the process is the NFL, which may have just gained a competitor – one with 130-plus franchises, built-in national reach and existing television contracts. The NFL will have to chart its own course now in response to the court’s decision. Does it drop the age requirement for new players and go head-to-head with colleges for top teenage talent? Does it establish a formal developmental contract with college football to include some kind of revenue sharing? What does this do to the NFL Draft, which has in itself become a media spectacle and a money-maker for the league, and does it make financial sense for some NFL teams to align with specific schools as farm teams the way Major League Baseball and MILB do it?

Alabama will be watching this, too, because if college football is indeed about to be elevated to quasi-professional status, suddenly the fair market becomes increasingly tied to the size of the market. The NFL has 32 teams now, and the state of Alabama is nowhere in the mix for a relocating team, nor for an expansion franchise. While Birmingham-based teams have held their own in minor football leagues, ad buys are controlled by market size, and the Tuscaloosa-Birmingham-Anniston market, Alabama’s only relevant market, hovers somewhere around 50th largest.

The University of Alabama, certainly, is in a unique position. It is the top college program of all time, and is rivaled for nationwide popularity only by Notre Dame. It consistently draws large television crowds, and the consistency of its quality and popularity has given it alpha-dog status in the media.

So now we’re back to the two questions at the top of this column: Can Alabama stay on top, and how expensive is it going to get for the average fan? The second question is easier to answer than the first. It’s going to get more expensive, almost certainly. While we don’t know yet how player “salaries” are going to be paid, it’s hard to imagine a way this leads to cut costs. One suggestion has been to decouple the cost of education from the salary line, effectively making all players into walk-ons, but this doesn’t seem to be an idea that will get much traction in the long run.

The harder question to answer is the one of staying power. Alabama would seem to have Nick Saban at its helm for another five years minimum, based on current contracts, and there is no time more crucial for his leadership than the present. Alabama will need a strong hand to navigate these waters, and not just until the eventual salary structure is determined.

Whether Alabama stays on top beyond Saban’s tenure, however, is a question that just got a lot harder to answer. For any school not in a major media outlet, or followed by a major metropolitan center, the future is potentially a lot cloudier than it was prior to the court’s decision.

CFP Championship wrap-up: Bama finally reached the limit of what it could lose

CFP Championship preview: What has changed since December?

Cincinnati wrap-up: Bama’s beatdown was an initiation into big-time football for Bearcats

Saban’s going nowhere, but we like for you to be prepared