MSU preview: In search of a bounceback, Bama gets one-dimensional Bulldogs 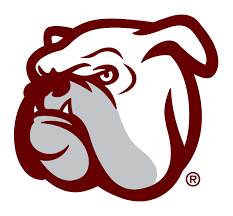 The assumption a lot of fans make, looking at Leach’s high-capacity, high-risk offense, is that his teams don’t play good defense. That hasn’t been the case at any of his stops, though, and it’s not true here, either. The Bulldogs base from a 3-3-5 that has a lot of similarities to Alabama’s 3-4 over/under. The Bulldogs rank 30th in total defense and 9th in rushing defense. The secondary has been the problem spot, with the Bulldogs ranking 70th in raw pass defense and 61st in pass efficiency defense. Scoring defense also comes in at 70th. Alabama is 16th in total defense despite fans probably guessing the ranking was twice that. Alabama is 25th against the run, 34th in raw pass defense and 40th in scoring defense. Pass efficiency defense is 74th, though, which is a problem.

DEFENSIVE LINE
Ask an Alabama fan to name a single MSU starter on the defensive line and chances are, they just wouldn’t be able to do it. The biggest name is a transfer, former UCF Golden Knight Randy Charlton, who will start at one of the end spots. Cameron Young is the nosetackle and Jaden Crumedy will start at the other end. Young racks up a bunch of tackles from the middle and is hard to run around. The Bulldogs, though, don’t make a lot of plays up front for losses – MSU ranks 61st in sacks and 62nd in tackles for loss – and backup nosetackle Nathan Pickering may be the most dangerous option outside of Charlton. Aaron Odom has value as a pass rush specialist outside.

Alabama will probably go with its 2-4-5 and 2-3-6 rabbit fronts in this game, meaning the Crimson Tide will be in a permanent sub look. When that happens, Phidarian Mathis starts at one of the tackle positions, and the other rotates mainly between D.J. Dale and Tim Smith, with Justin Eboigbe and LaBryan Ray sometimes getting a few snaps, and Byron Young used as a rush end in the event Alabama runs a third big man in. Stephon Wynn Jr. offers depth at tackle and Jamil Burroughs backs up both the inside and outside.

Ordinarily, we would have called this one clearly for Alabama, but a total lack of effective pressure against Texas A&M makes us not so sure. The principal difference is Alabama has far superior depth, and the Crimson Tide has been notably more effective causing negative plays in the running game. Advantage: Alabama

LINEBACKERS
The Texas A&M tape was brutal for Alabama’s inside linebackers, not to mention that superstar OLB Will Anderson Jr. was largely shut out by a freshman Aggie offensive tackle. Alabama needs to bounce back. Drew Sanders will again be out for this game, meaning true freshman Dallas Turner will probably end up starting again opposite Anderson.

Inside, Alabama really needs better production from Henry To’o To’o and Christian Harris. To’o To’o leads the team in tackles, but has only one tackle behind the line of scrimmage, which just isn’t acceptable in Alabama’s scheme. Jaylen Moody has been hanging around the top of the depth chart at both inside spots; we’ll see if he gets additional work this week. Chris Braswell will be the primary backup at outside linebacker.

Mississippi State brings a surprisingly big lineup to the table in the form of outside linebackers Tyrus Wheat and Aaron Brule and middle linebacker Nathaniel Watson. Brule is the smallest at 230-plus, while Weath and Watson are much bigger than that. While he isn’t listed as a starter, the team’s leading tackler is a fourth linebacker, Jett Johnson, who allows Wheat to play more as an end when he’s in the game.

DEFENSIVE BACKS
MSU doesn’t really have anything it can hang its hat on here. The secondary has been a weak spot although safety Fred Peters and cornerback Emmanuel Forbes are both football thieves. They’ll take chances and look to flip the game on interceptions. Emerson Martin will start opposite Forbes at corner, while Texas transfer Jalen Green and Collin Duncan round out the safety group. MSU needs to limit mistakes, however, and play with more consistency.

For Alabama, the edge here is found in its cornerback play. Josh Jobe and Jalyn Armour-Davis are big corners who can match up with MSU’s receivers, and Alabama has given up very little on outside routes this year. The issues have been at safety, specifically DeMarcco Hellams’ spot, although he also leads the team in interceptions.

Alabama will play Hellams, Daniel Wright and Jordan Battle at the safety positions, with Malachi Moore and Brian Branch at the Star position. We’ll see which secondary shows up, the one that made Ole Miss’ Matt Corral look mortal, or the one that made A&M’s Zach Calzada look like Tom Brady. Advantage: Alabama

SPECIAL TEAMS
MSU has used two kickers this year, freshman Nolan McCord and Arizona State transfer Brandon Ruiz, and neither has been particularly impressive. The Bulldogs are just 4-of-8 on field goal tries. Mississippi State is also dead last in the nation in net punting behind Tucker Day and Archer Trafford, and don’t cover punts well.

Unfortunately for Alabama, coming off a week in which the Crimson Tide surrendered a kickoff return for a touchdown, MSU comes in ranked 3rd in the nation in kickoff returns thanks to Lideatrick Griffin’s gaudy 43.8-yard average returning kicks. That’s longer than MSU’s punters have been able to kick the ball. Alabama’s Will Reichard continues to be clutch on placement kicks and kickoffs, and punter James Burnip has been acceptable. Even with Griffin’s heroics on kickoff returns, overall Alabama has a solid edge here. Advantage: Alabama

Alabama leads in five categories, Mississippi State in three. Like last week, there are some uncomfortably close calls in this group, too, and the OL-DL cross-matchups are hard to figure thanks to Alabama’s sudden struggles in College Station last week. For now, we’ll say that both teams’ defensive lines hold modest edges over their respective opponent’s offensive lines.

Because of that, and because this is yet another night game on the road, Alabama is facing the prospect of having to really focus up in order to avoid a second loss. Fans can’t dismiss Mississippi State outright; the Bulldogs beat Texas A&M – very recently – and Alabama didn’t.

However, the principal reason Alabama found Texas A&M to be such a challenge defensively is the Aggies had offensive balance, and a physical starting running back. While MSU’s running back tandem has decent size, this is not a physical running team. It’s not even an effective running team. The Bulldogs run as a changeup, typically on a draw or straight sweep. The one area where Leach has failed to keep pace with other innovative offensive minds is in the use of RPOs and the option in general – the Bulldogs simply don’t do it.

Because of that, Alabama can count on a more straight-up defensive effort, as crazy as that might sound when facing a team in love with four-WR concepts. The key above keys for Alabama, in regard to actual on-field strategy, is stopping the MSU running game and not letting it become a changeup. In baseball, changeups are only effective if the pitcher can change speeds. If the pitcher is just slow, it’s no longer a changeup – it’s batting practice.

For that reason, we expect Alabama to be able to come up with a more comfortable solution for keeping Mississippi State’s offense in check, versus what Texas A&M was able to do behind its running game last week. And given the issues in the Bulldog secondary, Alabama ought to find more opportunities in its own passing game.

But if Alabama finds itself in another late shootout, the one thing no one has seen yet out of Alabama is effective resiliency when the chips are down. And it very well might come to that.